Hello and welcome to Cathleen Hudson Landscapes. This is a place where I'll share up to date photos and information about on going projects we're working on. So....stay tuned and come back often to see what we're up to......

New Before and After Photos

It's time to get a little updated on our Before and Afters'.  So here is the latest project worked on and completed in Mountain View.  A repeating theme is eliminating unused lawns and replacing them with usable outdoor space for entertaining and outdoor time.  These homeowners wanted lots of space to entertain not only their family and friends but their teenage son's friends.  The fire pit is a big hit with the boys!  I was brought in as the house was undergoing a large re-model inside and out.  Here are some before and after shots.  The homeowner is an avid jelly maker and we used lots of edibles in this garden including Fig, Apples, Kumquat, and Pineapple Guava. 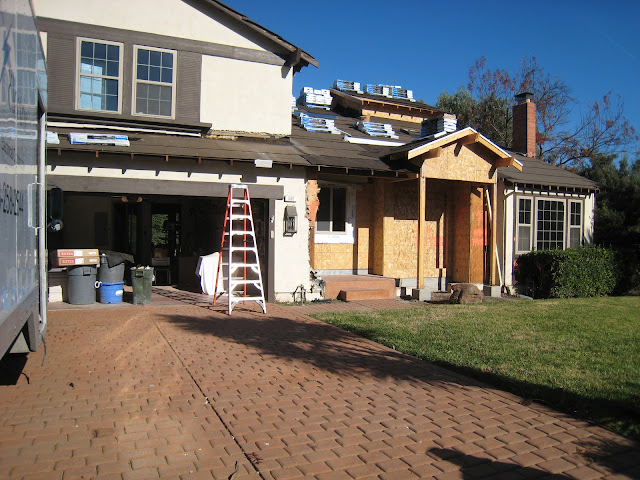 Before:  Here's what was going on when I arrived, lots of changes going on inside and out. 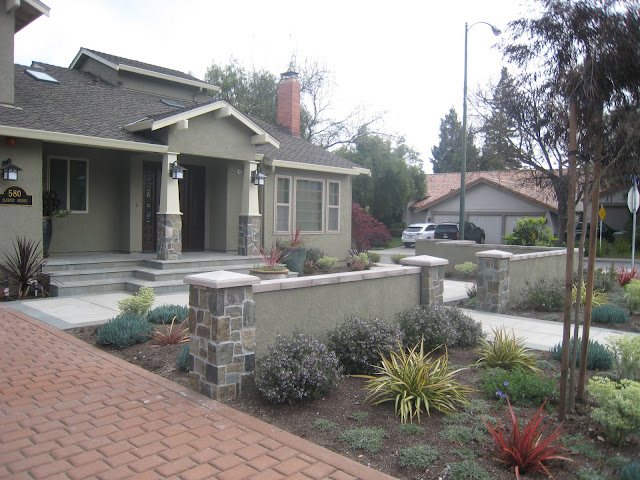 After:  A new courtyard entry.  This is still work in progress as the driveway is next to be colored with a great new concrete stain that will cover the red and blend with the new grey green color scheme.  The plantings have been in for almost six months now and they are starting to fill in nicely. 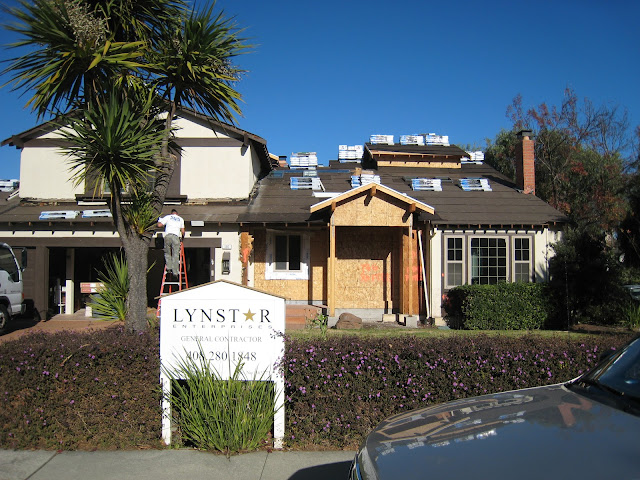 Before:  There was no access to the front door unless you walked up the driveway 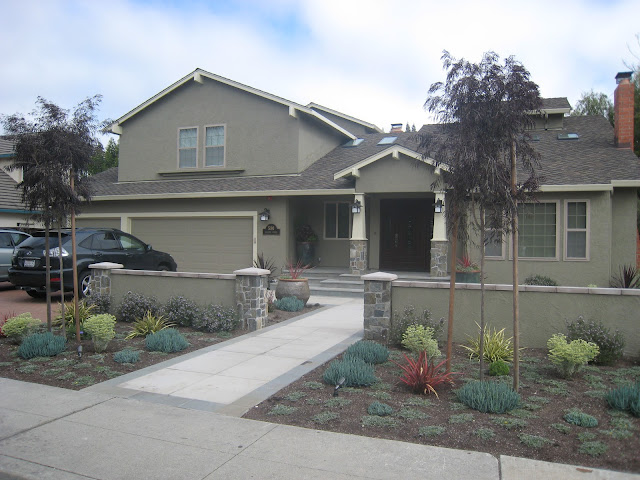 After:  A nice inviting entry way with new LED lighting at the columns for safety 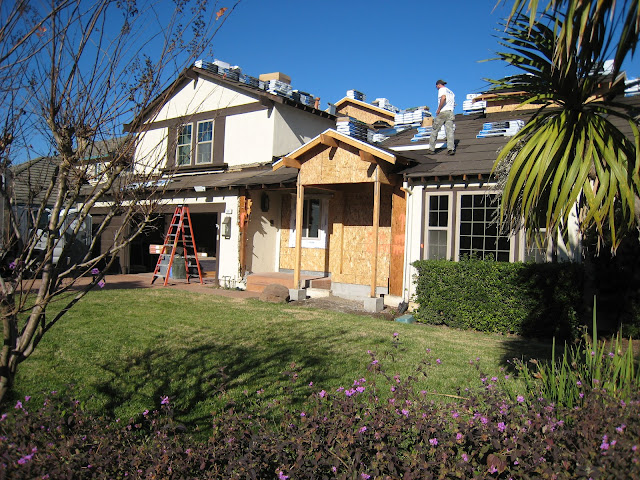 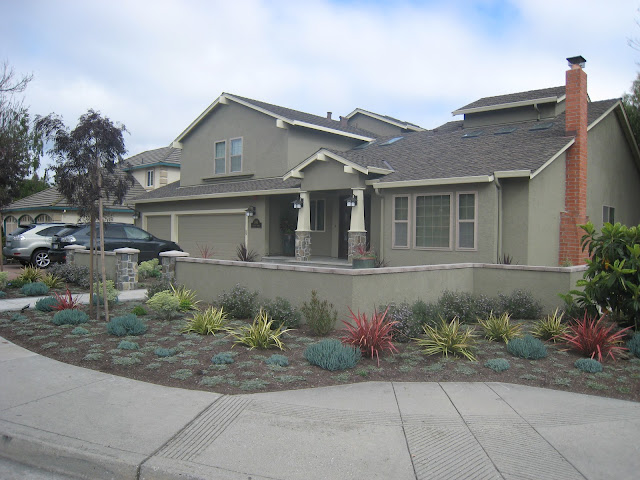 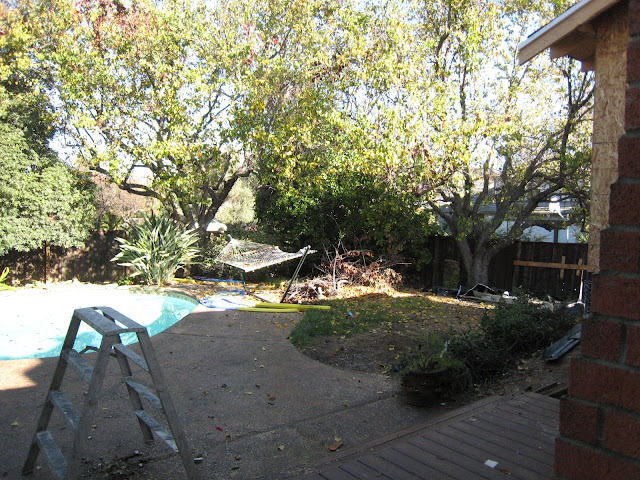 Before:  an unused grassy area in the back yard 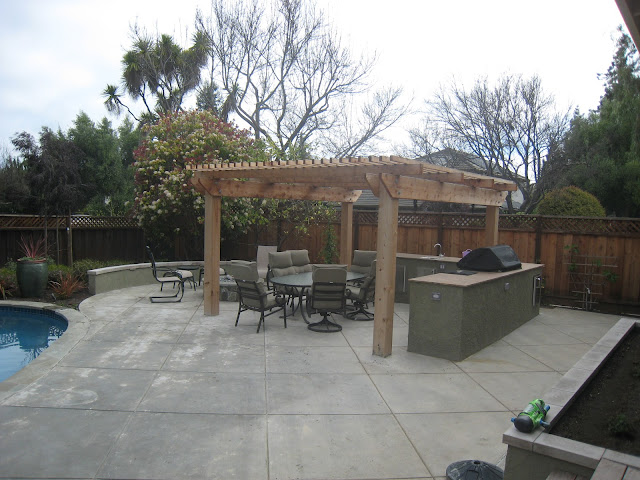 After:  An outdoor kitchen for an avid cook and fire pit for after dinner lounging.  We added extra seating in the form of seat walls for the large parties these home owners like to have. 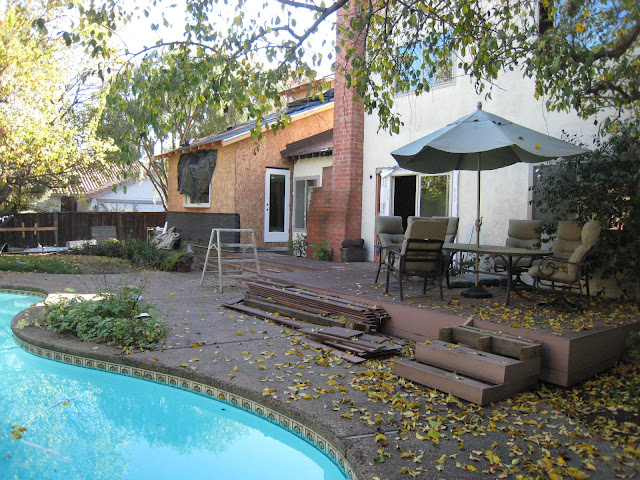 Before:  the trex deck was taking up too much space without having enough room to really be a comfortable sitting area. 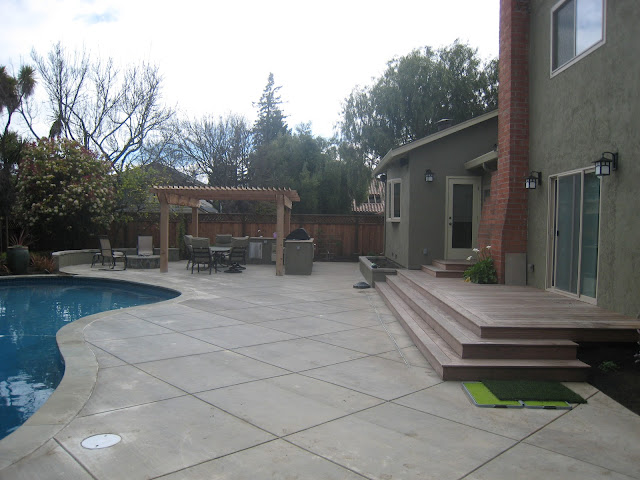 After:  We used IPE wood to aid in the transition from the house to the new larger pool deck that can be used for additional seating and dinning.
Posted by Cathleen at 5:32 PM

Email ThisBlogThis!Share to TwitterShare to FacebookShare to Pinterest
Labels: Our Latest Before and After Photos